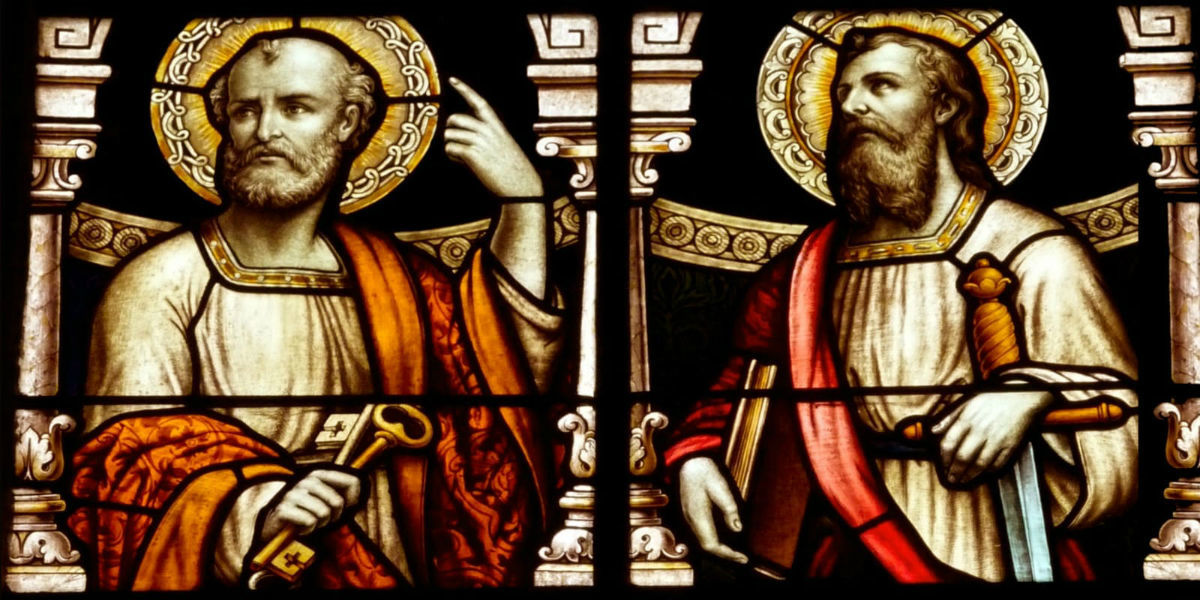 Save to your Calendar

Sts. Peter and Paul were two of Jesus' apostles, who would eventually be martyred for their faith. Peter, as the rock on which Jesus built his church,  served as the first bishop of Rome. Under the reign of Emperor Nero, Peter was crucified like Jesus Christ, though he was crucified upside down since he felt unworthy to die in the same fashion as our Lord. Paul is famous for his conversion and his journeys preaching to different parts of the Roman world. He was arrested during his fifth journey to Jerusalem and as a Roman citizen was beheaded in the city of Rome in the year 68. Although Peter and Paul did not always get along and were very different people, they are celebrated together for being fathers of the Church who were martyred for their faith.

Subscribe to receive email updates with the latest news.